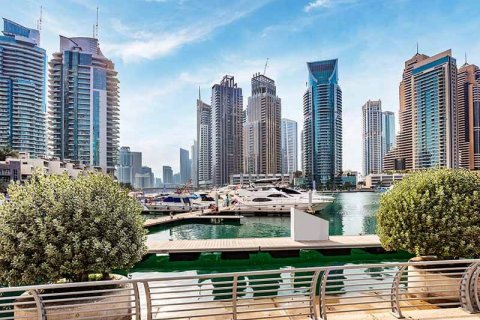 According to recent analyses of the global luxury real estate market, in the next few years, especially in 2022 and 2023, we can confidently expect an increase in sales volumes and prices for premium properties. At least we are talking about 6% growth in the next two years.

The growth factors are a significant number of buyers of the UHNW category (individuals with super-large net worth), an increase in the popularity of purchases of «second homes», an increase in appetites for luxury goods and assets capable of absorbing the super-large savings of wealthy expat buyers and investors.

Although the very definition of «luxury» or «premium» real estate, as well as the «elite» market, is blurred, we are still talking about those types of real estate whose value significantly exceeds the average price.

There is definitely a consensus about the high-end real estate market's good resistance to the current challenges of the global economy. In a sense, economic problems even strengthen the stability of real estate, as more wealthy buyers pay attention to this type of assets to save liquidity at their disposal.

This has become obvious since the beginning of 2022. Note two factors: supply and demand.

From the point of view of demand, since the beginning of 2022, there has been an increased increase in the number of wealthy buyers on the market and their fortunes — we are talking about HNW and UHNW buyers. The latter are defined as persons who, in net terms, have more than $30 million at their disposal. If in 2015 there were about 188,000 such super-rich people in the world, then by 2025 it is projected to grow to 343,000.

From the point of view of supply, in recent years there has been a significant lag in the pace of construction of new elite facilities, and a reduction in the available supply, from the growth rate of the customer base. In view of this, a natural shortage of goods on the market is created and the price of each individual offer begins to grow rapidly.

To date, there are five largest premium real estate markets in the world:

Dubai stands out with a special distinction in this list, as it has the most optimistic development prospects. First of all, he distinguished himself by the highest rates of attracting wealthy buyers. This is largely due to the UAE's neutral position regarding the current conflict in Ukraine — it allowed to leave the doors open for a huge number of super-rich buyers from Russia who fled from sanctions, buyers from Ukraine and wealthy buyers from Europe itself.

In the third quarter of this year alone, real estate transactions totaling more than $18.7 billion were concluded according to Dubai Land Department). In turn, this means a 65% growth in annual terms. And it is the luxury segment that is experiencing the most active increase in prices, providing the largest amounts of proceeds from transactions.

As an example, a deal for the purchase of a villa concluded in September 2022, which cost the buyer $82 billion — the most expensive villa deal in the history of the emirate. Dubai as a whole is the most expensive and «affluent» city in the MENA region (Middle East and Africa), and ranks 29th globally, according to New World Wealth. About 54,000 HNWIs live in the emirate permanently, 165 centimillionaires can be added on top (they have more than $100 million at their disposal), as well as 12 billionaires.

Returning to the topic of the shortage of luxury real estate - it manifests itself in Dubai extremely strongly. Palm Jumeirah can be a great example. While this area is setting record after record in the high cost of objects sold, the situation with the lack of villas for sale is getting worse. From the end of 2021 to the end of the third quarter of 2022, real estate prices in Palm Jumeirah increased by 5%, and the price per square meter reached $14,400 by the end of September.